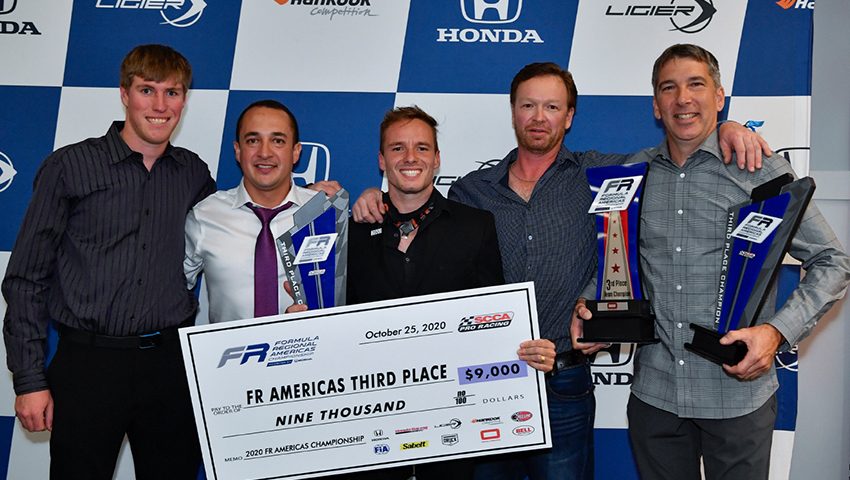 DEL VALLE, TX (October 25, 2020) – Coming off two weeks of race prep between events, Newman Wachs Racing moved its program to the picturesque 3.427-mile, 20-turn Circuit of The Americas in Del Valle, TX for the final three rounds of the 2020 Formula Regional Americas Championship Powered by Honda last weekend. The Chicago-based team and its driving duo of American Jordan Missig andBrazilian Victor Franzoni entered the finale with a focus on race wins and came away with three podiums and third in the final championship standings. The team and the drivers made massive strides forward throughout the year, in what was deemed an overall success and a building blocking for 2021.

“I think we had a pretty good weekend at CoTA,” offered Brian Halahan, NWR Team Manager. “We were very close to Linus (Lindqvist) and the two seconds and a third with Victor were strong, so I am proud of that finish. As for Jordan, he had a bit of a rough go again, but I was very proud of how he raced in Race 2. For our first season in the FRA series, I feel like we have done a pretty good job and showed what our team is capable of. I’m looking forward to next year.”

The Formula Regional Americas Championship series took to the sprawling Del Valle, TX road course on Friday for two practice sessions in preparation for Saturday’s single qualifying session and opening race of the weekend, followed by the last two races of the season on Sunday. Right away, both Franzoni and Missig focused on learning the long and technical track, logging as much data as possible in the process. Victor flirted with the fastest lap times throughout the weekend, which in turn resulted in three additional podium finishes. Franzoni started on the front row for all three races of the weekend and returned the team’s effort with a pair of runner-up finishes and a third in the final race of the year. Missig continually dropped his lap times throughout the weekend as well, but after a couple of on-track incidents, he was forced to end his season with a ‘contact retirement’. His best finish of the weekend was eighth in Race 2, which locked him into the top-10 in the final championship points.

The NWR squad is extremely proud of their first outing with the Formula Regional Americas Championship. Halahan led the team all year long by not only managing the team, but also working as the engineer and a mechanic. It was truly a team effort, which showed by what their drivers accomplished within the 17 rounds, on the six tracks they traveled to during this condensed 2020 season. Numerous podiums and a substantial number of top-10’s also secured third-place in the overall Team Championship, on the strength of five second-place results and five third-place finishes.

The team will now begin their focus on its winter off-season testing program in both their FRA and USF2000 cars, starting as early as November. For all inquiries, please contact NWR’s Team Manager, Brian Halahan, at either (727) 692-6052 or bhalahan@newmanwachsracing.com.

Driver Quote: “It was a great year with NWR and a huge pleasure to be a part of the team and was enjoyed a lot of great results together. We finished P3 in the championship, and being our first year in the Formula Regional Americas, everything was great. I’m very thankful to be part of the program and to have Jordan as my teammate. We all enjoyed a lot in the year and learned a lot as well, so thank you very much to all who made this unexpected season possible.”

Driver Quote: “Lots of learning was done this weekend, let alone this season. First and foremost, I can’t thank Brian and the guys at Newman Wachs Racing enough for what they did throughout the season to get the cars ready all year long and to give 110% effort week in and week out. CoTA showed to be a decent weekend for me as we continued to work on my driving style and consistency. As my rookie season comes to a close, I was very happy with the results and being able to score a podium in my 3rd race in this series. I’m hoping to do a couple of positions better and get a win under my belt when the calendar flips to 2021 next year.” 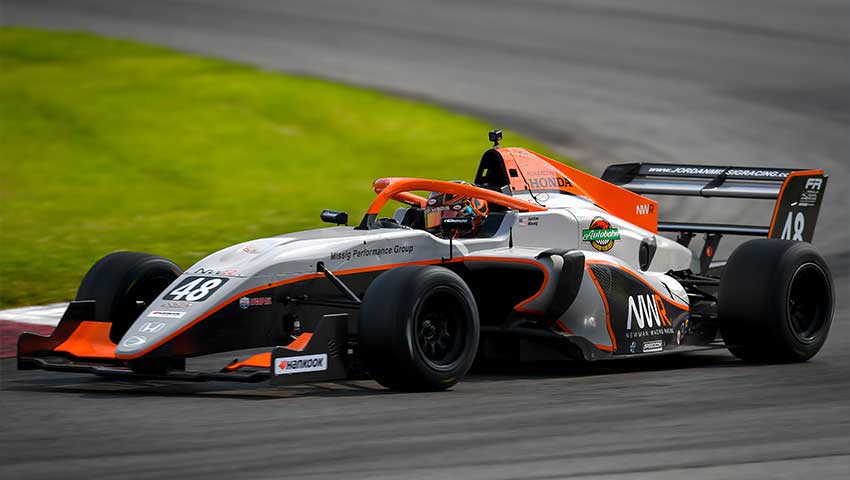